The AI ​​sweeps its way, in this case it has been programmed to create people with Artificial Intelligence, thus achieving impressive realism.

Now, we are going to test your cognitive abilities to see if you are able to know which of the following people do not exist and are created by Artificial Intelligence.

Which of the two is a fake person?

Has it been easy for you to differentiate which person is made by artificial intelligence?

Let's see if you are capable with the following.

In this perhaps it is easier. Are you clear?

What do you think of these:

Can you find out?

Let's go with the last ones. Who among them is not a real person?

If you have already taken the time to try to find out which ones are real and which ones are not, you will have realized the magnitude and capacity of this artificial intelligence program. I hope you have also realized how difficult it is to avoid the existence of false identities on the Internet, since each and every one of these people is fake and have been created by AI. With an online face generator, ALL.

This website does not have registration, there are no controls to choose gender, age or anything like that. Every time we reload the page it will throw in milliseconds a new person created by artificial intelligence.

The program is not optimized one hundred percent, from time to time it shows us some result that does not quite fit with a real person, it will be enough to reload the page and search for the next one. It is usually realistic in almost all attempts.

I'm sorry to have broken the illusion of finding out which of the images was a false person but it was necessary for you to see the level of detail that manages to achieve artificial intelligence with this non-existent face generator.

This project is barely two years old, we will see to what extent it goes in the future when it is incorporated into the videos.

With this tool, a person can impersonate a FALSE identity on the Internet, with this they can create and even verify profiles on social networks when necessary. Facebook has a photo verification system for when it suspects that an account has had suspicious behavior or a strange login. In Citeia we have done the test, and it has passed the Facebook verification filter using one of these identities. Thispersondoesnotexist has managed to circumvent its AI.

This profile is fully operational and has passed image verification.

Currently, popular opinion depends largely on the Internet. These kinds of things make that "popular opinion" malleable. It is well known that even political parties use bots to inflate the reactions of their publications and thus achieve more reliability or give an image in accordance with what they say. Nor do I want to go into that topic much, we will talk about Mass Psychology later. It is well known that some companies also use it. Getting reactions and comments will make more people trust a brand. As if it were the law of attraction, the greater the mass, the greater the force.

How can this AI be combined with the hacking?

The combination of a spoofing (False) added to Social engineering, phishing or a Xploitz could give entry to a hacker to launch an attack on a company or a user in a fairly simple way.

Now that we have seen how to create people with Artificial Intelligence, in the next article you will learn how to combine it with these methods. 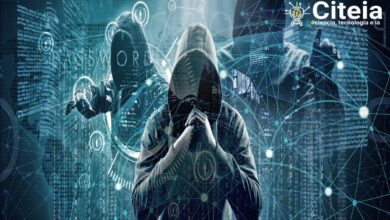 [Story] The deepest level of the Deep Web: Artificial intelligence

This site uses Akismet to reduce spam. Learn how your comment data is processed.

➡How hackear Gmail, outlook and hotmail

INFORMATIC SECURITY
➡ How to detect a keylogger on my computer (PC)

➡How to know if I have been hackeado the mail

➡Social Engineering for hackear the mind

➡How to create fake people with AI

➡ How to fake webcam

➡ How to create a Keylogger

➡ What is an Xploitz and how does it work?

➡ Curiosities of the Dark Web

➡ Safe browsers for the Deep Web other than Tor

➡ Forums hacking of the Dark Net

➡ Buy insurance on the deep web

We request your consent to use your personal data for these purposes:

To offer the best experiences, we use technologies such as cookies to store and / or access device information. The consent of these technologies will allow us to process data such as surfing behavior or unique identifications on this site. Not consenting or withdrawing consent may adversely affect certain features and functions.